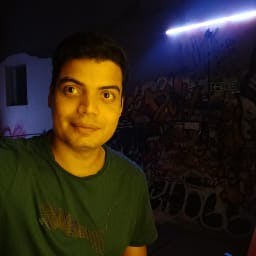 Why I love Bangalore

I am extremely vocal about my love for Bangalore and always ask my students and individuals to move to this city.

You might blame me for the rise in road congestion and traffic lately. But I recommend this move because I have first-hand experience of the impact it has had on my mindset and growth.

In this newsletter issue, I have explained why I believe you should move to Bengaluru, or for that matter, any metro city in India.

Ten years ago, when I left Bokaro, an elevator or lift was present only in the Bokaro General Hospital. There are still very few buildings that have more than three floors. In contrast, a Bengaluru villa with just 2 floors has an elevator. Can you imagine the scale of difference in the environment of the two cities?

While growing up in Bokaro, there were only two career paths. You either get into service or start your business. If you earn loads of money, by default, it means that you are involved in corrupt activities.

When I came to Bengaluru, I realized that there are multiple ways to make large amounts of money through the right ways. I came across people who were doing their jobs, and at the same time, running side businesses. I never believed that one could do both things at a time. I got to know driven, motivated people who have inspiring zero-to-one journeys.

You won’t find many such people in cities like Bokaro. You get to know celebrities and such from a distance. But hearing the story of the person sitting beside you has a different effect.

You see them in flesh and bones and truly feel inspired.

If you have been born and brought up in a metro or Tier 1 city, you might not relate to this point. However, people from the Bokaros and Darbhangas of the country would. It might seem insignificant but is extremely important.

In the non-metro cities of the country, things like religion, caste, ethnicity, and sexual orientation matter a lot more than they should. Even today, the second thing any uncle from Bokaro would ask after knowing my name is my caste. In fact, they would even take a guess, and display disappointment if their guess turns out wrong.

Ten years in Bangalore and no one has asked me which caste I belong to, not even once. No bias, whatsoever. There are so many people out there who are different in so many ways that you will just waste tonnes of time if you try to keep track of these things and base your judgement on them.

You cannot have this change or growth of mindset in a smaller city. And you need this growth to conquer your goals, conquer the world. You need to be immune to such biases to win. This immunity can only develop when you live and experience a city like Bangalore.

I know the traffic has increased and the rents have risen. But these kids need to have the experiences and change that this city has to offer to grow in their careers and life. So I take all the blame and apologize for the problems that you have to face.

I will still bear the flag of Bengaluru and ask everyone to move to this city, or any large city in the country, to get the right exposure and experiences.

I know how Bangalore had changed me and helped me grow. I want the same for you.

Even if you are still uncertain about moving, I at least hope you liked the issue. Share and subscribe to get them directly in your inbox.